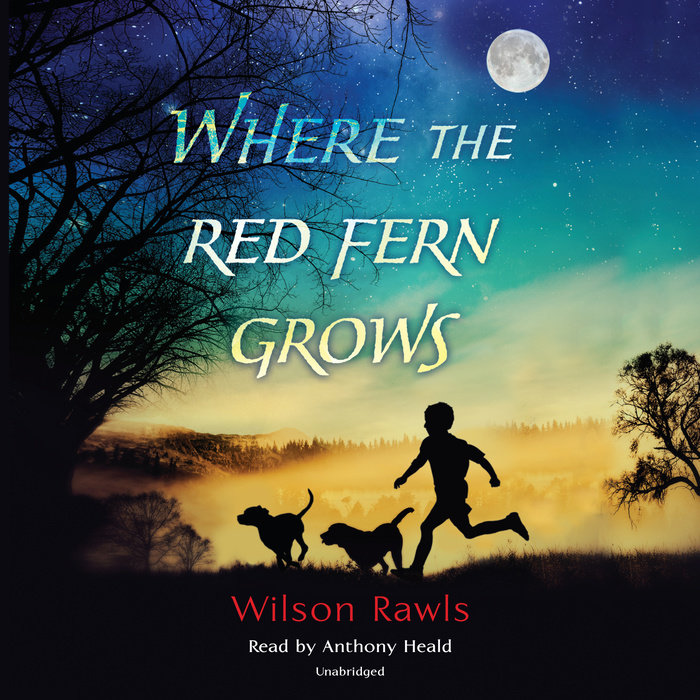 Where the Red Fern Grows

Where the Red Fern Grows

Billy Coleman, the main character of Where the Red Fern Grows, works for two years to save enough money to buy two coon dogs. Listening to his grandfather's stories about the behavior of coons and how to train dogs to hunt, Billy and his dogs become the finest hunting team in the area. Old Dan and Little Ann lead Billy to his proudest moment when they win the gold cup in the annual coon hunting contest.

But the joy of Billy's victory is quickly overshadowed by sadness. Old Dan dies in the claws of a savage bobcat, and Little Ann succumbs to grief for her companion. In his efforts to deal with the death of his beloved dogs, Billy digs the graves himself and buries them among the red ferns.

Summer of the Monkeys

In Summer of the Monkeys, Jay Berry Lee embarks on a hilarious adventure to capture a bunch of monkeys that have escaped from a wrecked circus train. Though Jay Berry knows nothing about monkeys, he is determined to bring them in so that he can earn the big reward money offered by the circus. With his eyes on purchasing a pony and a rifle, Jay Berry spends the entire summer rounding up the monkeys. When he finally has the reward money clutched in his fist, Jay Berry learns how much happiness his money really can buy. Will it be his crippled sister's dream of or his dream of owning a rifle and a pony?

Where the Red Fern Grows and Summer of the Monkeys are excellent books to use for a classroom novel study and for reading aloud. Because the books share a common setting and deal with related themes, they are especially good for teaching children how to critically analyze two similar novels. Both novels are filled with humor, adventure, and a poignancy that will appeal to all middle-grade readers.

Tell the class that Wilson Rawls' novels are reminiscent of his boyhood days in the Ozark Mountains of Oklahoma. Share with the students Jay Berry Lee's statement, "You know if a fellow can learn something through experience when he's a young boy if he doesn't ever forget it." Have each student ask an adult family member to share with them something that they learned in their youth that they have never forgotten. Encourage each student to share these family stories.

Determination -- In Where the Red Fern Grows, Billy Coleman's grandfather says that determination and willpower are good for a man to have. More than anything, Billy wants two hound dogs to train for hunting. Jay Berry Lee in Summer of the Monkeys dreams of buying a rifle and a pony. How does each boy go about realizing his dream? What does each boy's determination to achieve his goal say about his character? At what point in each novel would it have been easier to give up? How does setting a goal and working to achieve that goal help a person grow and mature?

Responsibility -- Ask the class to make a two column chart. List the many ways that Billy Coleman shows responsibility in one column. In the other column, list how Jay Berry Lee displays responsibility. How does each boy's upbringing promote responsible behavior?

Ask students to compare and contrast Billy Coleman's relationship with his three sisters to Jay Berry Lee's relationship to his little sister. What role does each boy's family play in helping him realize his dream? How might the Coleman and Lee family values be influenced by the Depression era?

Jay Berry Lee's grandfather plays a very important role in the life of his grandson in Summer of the Monkeys. Ask students to describe their relationship. Why does Jay Berry's grandpa bring the crippled pony home? At what point does Jay Berry understand what his grandfather is trying to tell him? How does his grandpa help the entire Lee family realize their dreams?

Language Arts -- In Where the Red Fern Grows, Billy Coleman's mother calls him "Daniel Boone." Ask students to read about Daniel Boone and explain why Mrs. Coleman makes this comparison. How might Daniel Boone also be an appropriate nickname for Jay Berry? Instruct students to select one of the boys and write a short paper comparing him to Boone.

Daisy says to Jay Berry, "I learn things by reading. If you would read something besides those old hunting and fishing stories, you might learn something, too." Ask students to write a letter that Billy Coleman might write to Jay Berry Lee telling him why he might enjoy reading Where the Red Fern Grows. Students may also enjoy making a list of other novels that they would recommend to both boys.

Social Studies -- Where the Red Fern Grows and Summer of the Monkeys are set during the Great Depression in the Ozark Mountains of Oklahoma. Most of the people in this area made their living by farming or owning small businesses. Ask students to find evidence in the novels that the people were faced with financial difficulties. How did the Great Depression create different problems for city dwellers? Send students to the library to research the government's role in helping people like Billy's and Jay Berry's families come through the Depression.

Social Studies/Science -- Billy Coleman and Jay Berry Lee are excellent hunters. How do both science and social studies apply to hunting? Ask students to find out the hunting and trapping laws in their state. What state agency regulates the hunting laws? Instruct students to find out about the Endangered Species Act of 1973. Then ask them to discuss how this law has changed the sport of hunting.

Engage the class in a discussion about hunting safety rules. Ask each student to create a poster that illustrates one of the rules. Display the posters so that students throughout the school might be made aware of hunting safety.

Science -- Billy Coleman learns a lot about raccoons from his grandfather. Why do Jay Berry Lee and his grandfather have to go to the library to find out about monkeys? What does each boy learn about the behavioral characteristics of each animal? Challenge students to locate further information about each animal and identify one very unusual fact. Then have the class construct an illustrated booklet entitled "Strange Behaviors of Monkeys and Raccoons." Which animal might make the best pet?

Math--Jay Berry Lee wins $100 by capturing the monkeys. Divide the class into small groups and ask them to survey local banks and find out the interest rate on a passbook savings account. Suppose a person deposits $100 in a savings account at the bank that has the best interest rate. Calculate how much money the person would have in the bank after one year. How much money would be in the account after five years?

Billy Coleman works to make enough money to buy two hound dogs. Find out the approximate cost of two hound dogs today. Have the students make a list of the jobs they might do to earn money to purchase the dogs. Suppose they are paid $5.00 per hour for their work. How many hours would they have to work to earn enough money to buy the dogs? Then have them calculate the approximate cost to care for and feed the dogs for one year. They should include such things as dog food, visits to a veterinarian, etc.

Drama -- Billy Coleman enjoys listening to his grandfather's tall tales about coon hunting. Ask each student to select a favorite hunting episode from Where the Red Fern Grows. Instruct them to tell the story as Billy might have told it to his family. Tell the students to include words and phrases like "sufferin' bullfrogs" that are indicative of the Ozark Mountains.

Art--Divide the class into four groups and assign each group a season of the year. Send them to the library to research the types of trees and flowers that grow in the Ozark Mountains. Ask each group to create a mural that illustrates what they might see if driving through the Ozark Mountains during their assigned season. Allow them to use colored chalk, collage, crayon, marker, or any medium that might best illustrate the beauty of the mountains in their particular season.

Explain to students the meaning of colloquialism. How does language use reflect the time and place of a novel? Ask students to scan Rawls' novels and point out specific colloquialisms. Then have them ask their families about colloquialisms that reflect the area of the country where they grew up. Create a chart listing the various colloquial expressions that each student collects.

Award for Where the Red Fern Grows

Review for Summer of the Monkeys

"Fourteen-year-old Jay Berry and his dog Rowdy discover a tree full of monkeys on the Ozark river bottom in rural Oklahoma around the turn of the century." -- VOYA

For information on the Ozark Mountains, including a site map and a tour guide, click here.
http://www.ozarkmountainregion.com/

To learn about Chimpanzees, including their diet, behavior, population, and links to other sites, visit the Chimpanzees page by Eric Johansen.
http://www.tc.umn.edu/~joha0103/chimpfr.html